The Rut Buster takes work – it’s not a book you just read and your life changes by magic. There are exercises to help you understand yourself better, and to move you in the direction that you want to go. It may not always be an easy process, but Jermaine has broken things down into simple steps, and there’s a 30-day programme.

The difference between the people who have lives that keep on improving, and people that get stuck in a rut isn’t that they are born lucky or because they are more intelligent. It’s because they have a consistent pattern of daily thoughts and actions that make them happy and successful. The Rut Buster takes work – it’s not a book you just read and your life changes by magic. There are exercises to help you understand yourself better, and to move you in the direction that you want to go. It may not always be an easy process, but Jermaine has broken things down into simple steps, and there’s a 30-day programme.

9 reviews for The Rut Buster 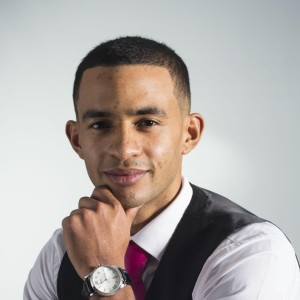 "It took a major car accident – and then one year later nearly having his leg amputated – to turn Jermaine Harris’ life around. Prior to this, Jermaine had been living a self-destructive lifestyle of excessive drinking, gambling and womanizing. At times, he drank as many as 24 bottles of wine and vodka per week, was in nightclubs 6 nights of the week, and was £30,000+ in debt.When firemen cut him from the wreckage of a car, it shook him up momentarily as he thought he’d never walk again. But it was a football accident a year later – when he was told, “You may have to lose your leg” – that finally convinced him to change his life.Since then, Jermaine, who has a Sports Psychology BSc (Hons) and MSc (Dist), has read over 380 self-help books in the space of 4 years and left behind his destructive lifestyle. In this time; Jermaine got out of debt, lost a stone of Body Fat, put on 10 Pounds of Muscle, cured himself of asthma, ran a Half Marathon and the London Marathon, started a Business, wrote a book, became an award winning speaker, met the woman of his dreams and is now a father.Jermaine now works as an Empowerment Speaker and Trainer coach helping clients with everyday problems, feel better so they can do better in life and in business. Jermaine is the founder of ‘The Empowered Results Programme’Overcoming, further adversity, Jermaine is a keen fundraiser for the Cystic Fibrosis Trust after his son was diagnosed with the condition at 4 weeks old in 2015.Jermaine, who is based in Cardiff, has condensed his experience and wisdom into his book ‘THE RUT BUSTER: The Secrets to Taking Control of Your Body, Money, Career and Life’ ."
All Posts