I wish I had said that.

You will Oscar, you will.

Each Monday Tip starts with a quote where people have said something I wanted to say, or something I never dreamt of saying. They said it better than I ever could have. I’ve selectively chosen some throughout this book to enhance the message of the sections they sit in, and to promote thought and reflection. Like an unsolicited celebrity endorsement, some act as a means of reinforcing a message.

I am fascinated by quotes, and they inspire many aspects of my work. I love the way that people say things, ways that I wouldn’t have thought of… or maybe that I would and they beat me to it (sometimes by hundreds of years!).

Quotes are everywhere in our common speech from, for example, Dickens, Shakespeare, and the Bible If we realised the extent to which common phrases and words are the invention of our ancestors, we’d be surprised. But then, all speech is simply using existing building blocks of language – words.

They are so familiar that we take them for granted. So, let’s mix them up a bit and see where that takes us.

You can randomise your results even more:

The chances are high that a lot of the time you’ll get nonsensical rubbish. However, once in a while you’ll stumble upon something that really works well.

Of course, you don’t have to rely on luck to give you inspiration. You can just take an existing quote and make it better all by yourself. After all, not every quote is a gem. It might benefit from a little bit of judicious pruning to make it look tidier, or more appealing – if only to you.

Here’s an example that I genuinely put together just for this book. The original quote is:

Ambition is a poor excuse for not having sense enough to be lazy.

I decided to change the word ‘lazy’, and on my sixth attempt I ended up with…

Ambition is a poor excuse for not having sense enough to be staff.

Hardly an insight of genius I concede. It was based on a random quote I’d never even heard before, but it does change the meaning somewhat. Plus, I found it amusing and it still makes sense. The point is that it took me under sixty seconds to come up with that. This was an example I created specifically for this book, so it fulfilled its creative purpose.

An artist, sculptor, or photographer, could easily take a favourite proverb, saying, or quotation and, by subtly changing it in this manner, create a new work of art, or indeed a whole series of works.

This exercise is about linguistic agility, and manipulating existing words to create new meanings. It’s sometimes far easier to change something that exists already than it is to start with a blank page.

This creativity tip comes from Build Your Own Idea Factory: 68 ways to boost your creativity and get inspired by David Norrington 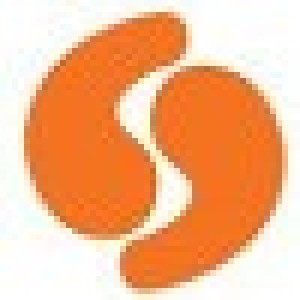